Plans of mice and me 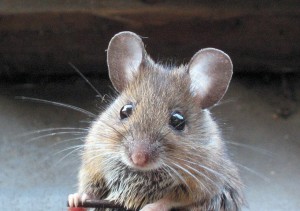 Actually, I do not know what the mice are planning. But you might want to be afraid. They’re kind of scary-looking, right?

As for me? Nah. No need for fear, or worry or any of that stuff–from you anyway. Me? Yeah, I’m a little nervous.

See, I quit the dayjob. I may have mentioned that in an earlier blog–snuck it in at the end. I’m still AT the dayjob. I’m not officially leaving until July 12. (That’s my last day. So does that mean I’m leaving on the 13th?) Why, do you ask? So I can write more, and get into that self-publishing stuff.

I mentioned back in May that I wanted to do this, and since then, I have done very little toward that goal. Yes, I know other people work many more hours than I do, and get lots more done than I do. What can I say? Everyone is different.

I don’t make that much at the dayjob, it’s just part time, and I take off quite a bit to go see about the parents and help with grandkids or have them visit. And it’s not as part time as it used to be. I’m working about 30 hours a week now, which cuts even more into my writing time. But still, I was chicken about taking the plunge.

So, I was walking up the steps into the newspaper office (that’s where the dayjob is) one day a week or so ago, thinking “Gee, this job really gets in the way of the writing and publishing stuff I want to do. I could get a lot more done if I quit, but… What I really need is a sign.” And when I got inside and signed into my e-mail, I found not just one, but TWO opportunities in writing and editing–one each.

I can take a hint. The “universe” does not need to smack me upside the head.

I still don’t know for sure if the freelance copyediting opportunity will pan out like I want it to, but after copyediting here at the newspaper for around four years, plus my writing experience, I know I’m a good copyeditor, and a good editor besides. I imagine it will take a while to get that side of the work going like I want it, especially since I’m not a great salesman. However, I’ve already had someone approach me about doing a copyedit/proofing of a novel they’ll be self-publishing. It may take off faster than I thought.

But even if it doesn’t, that will just give me more time to write and publish, and self-publish. I’m not shutting down any avenues. They’re all open right now. But I may start with a different story than the one I thought I would. We’ll see. I’m not in a huge, huge hurry.

I went out to get a shrimp po’boy for lunch yesterday and took the story to write with me, instead of a book to read. I am up to an actual love scene, and those always write slow. But it’s moving forward!!

One Response to Plans of mice and me