And I was doing so well! I’d made it all the way up to Day 25! And then I went to visit the parents. It’s really hard to make time to write when I’m up there. But I’m back at work again on the writing. It’s moving right along, but it’s going to be longer than a novella, I think. Maybe not too long–I just don’t know… However, I am about to have my main characters meet the scientists. We’ll see how it goes.

Don’t know what else to tell you… I need to start typing in the story. I am meeting a client tomorrow to pick up her manuscript to copyedit. My first non-Carina freelance job. Our visitor is still visiting. Not getting so creative with the vegetarian diet any more. My brain hurts. That’s probably why I’m not writing much of a blog today. I can’t think of anything to write about. Y’all have any suggestions? 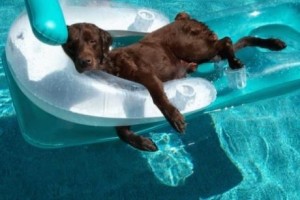 It’s been a lazy day, and will continue to be, I imagine. I’m going to get up in a little bit and go wash the knives in the kitchen. I’ve written the day’s pages (DAY 18!!) and I am now posting a blog stating that I have written my day’s pages.

I do still have a little laundry to fold for the week, and probably have a couple more housekeeping things to do, but yeah, it’s a lazy day. I don’t have anywhere I have to go. Nothing I have to do. I’m actually thinking about heading out to the big mall to do a little shopping, because the end of season sales have started. Or maybe I’ll sit around the house and read. I did go get all those library books after all.

The books on my list of “read” books are starting to back up. I’m getting them slowly into my GoodReads list, but I’m slow. They keep getting backed up because I try to write something about them, and that takes a bit of time, which makes me slower. And then I do things like read 3 books in a day. (I read Amazon Queen by Lori Devoti, A Matter of Class by Mary Balogh, and Almost Perfect by Susan Mallery all yesterday.)

So yeah, things are pretty much the same as always. I’m writing, but the rest of life is slow. 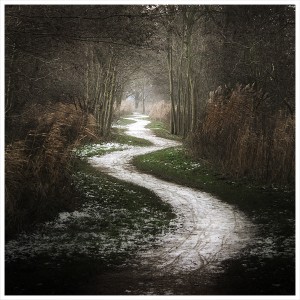 Six years ago, less a week, I wrote a blog post titled “Protect the Work.” It’s all about how, once you decide what story you want to write, you need to protect it from outside influences.

It’s an important concept. One new writers tend to have trouble with. It’s more “You don’t like that? Fine, I can change it!” Of course, there are some new writers for whom their every word is golden and should never be touched by human hands (or pens). Both attitudes create problems.

I firmly believe a writer should protect his/her work. Know the story you’re writing–what kind of story it is and what you want to say with it. What it’s about. And protect it. Write that story.

Stories do that, you know. They’re flighty creatures. They tend to take it into their heads to go see what it might look like over here. Or, what about that? What if that happens instead? Plotters do all of this wandering about during their plotting phase, before they really get started with the writing. Pantsers do it while they’re writing, in the midst of the writing. Those of us who fall somewhere in between–the story can make us crazy. But we do have room to follow the story where it leads. ‘Cause it’s going to lead you.

In the Rose books, I really had no intention of Torchay being a major character. The two main characters were going to be Kallista and Stone. And Stone IS a major character. But Torchay…just sorta — happened. The plot’s still the same as the outline I came up with. But the story went entirely astray from my original ideas. And it’s the better for it.

Maybe it’s the novella bit I’m having trouble with. I have always had trouble writing short. I’m always coming up with this cool bit, and that great character, and this other neat story angle. This is why I need a road map, and a ruthless red pen. So I can keep myself on the proper path, and then cut out all the extraneous foliage–er, verbiage–when I get to wherever it is I’m going.

That said, I came up with a fabulous detail for the ending of this story yesterday. The story still ends with the sacrifice ending, with the hopeful twist–but there’s a twist to the twist that I really like. And I can’t tell you what it is, because that would be a spoiler.

So I’m on DAY 17, and I went to the dentist and got the chip on the inside of my lower incisor filled in and smoothed out in just 30 minutes! And I need to go beat the boy about the head and shoulders. He’s still asleep, and it’s 3 p.m. Shame on him! I am reading too many books today.

Okay, it’s not much like wandering if you’re just driving around town, but it feels wander-y. And I did drive up to League City. Of course, it’s only 20 miles away–when we lived in the Panhandle, I drove to Amarillo once a week–60 miles one way. It’s nice when you only have to drive 20 minutes to get where you’re going. And sometimes less.

This is another week of appointments. Yesterday, I went back to the dermatologist, because they didn’t get all the spot on my forehead the first time. And I decided I wanted the wart or whatever on my nose gone. But the open appointment was in League City, not Galveston. So I drove up there, they froze my forehead again and shaved the whatsit off my nose, and then I went to lunch and went shopping. The scab is tiny, and if it makes a scar, that will be tiny too. Less noticeable than the thingamajig that they took off. But I am wearing a bandaid for the next week. I may wind up with a round un-tanned place on my nose. (I plan to stay out of the sun, though.)

Today, I went to the library this afternoon, and on the way, I drove by the eyeglasses place and decided to stop and order some prescription sunglasses. I’ve needed a new pair since December or so, but put it off for a while. They will be cute. They are aviator-style but with turquoise/navy earpieces with hearts on them. Very cool.

We have a visitor for a few days–friend of the son’s who needs a place to stay while she does interviews. I’m having to figure out meals adaptable to a vegetarian diet. It’s been kind of fun, but really different. We’ve had black beans & rice, stuffed baked potatoes and maybe taco salad, or tacos, tonight. Taco salad is probably more adaptable. But I’m still writing.

Today is DAY 16. I’ve slowed down a bit–yesterday, because I had to leave the house early to go to my appointment, and today, because the boy got a phone call, and while he doesn’t talk quite as loud as his father, he’s plenty loud. But I’m still getting well over 100 words.