A little bit of news 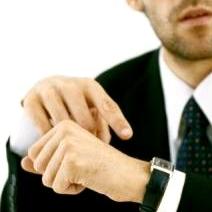 And it’s news about my writing.

First, I have run out of patience. I’m hoping to have some news about a publishing date for Heart’s Magic before too long. The publisher is going to have to either publish the book, or give me the rights back. They can’t sit on it any more. I am going to find a way to publish this book, one way or another.

Second, I’m looking seriously into getting into the self-publishing arena myself, not with backlist books–I don’t have that many, and don’t have my rights back on most of them. But I do have a fair number of books that I have actually never submitted for one reason or another–some because the “big boys” don’t really like books about hockey players unless you’re Diedre Martin or Rachel Gibson, others because–well, I did submit, but never, ever, ever heard back.

There’s one I submitted that went all the way to the wire–they almost bought it…and then bought someone else’s book. At the time, I was depressed, but given how things turned out later (the someone else, I consider a friend–or at least friendly acquaintance), I think maybe it was for the best. Anyway, I want to get that book up too, sometime. But later.

There’s a different book I want to start with. It’s a contemporary romance. No paranormal/fantasy elements whatsoever. (I started out in contemporary romance, if y’all didn’t know. My first two books were series romance for Silhouette Desire. I still like to read it.)

I started writing this book without having done ANY research into one of the areas the book was about. I did do the research as I was writing, but that means I need to revise the first part of it. Actually, there are some revisions needed through the whole thing, because I wrote it long enough ago that cell phones weren’t as ubiquitous as they are now. (How’s that for a $5 word? Look it up. I had to when I read a Phillip K. Dick novel years ago, (which I still don’t quite get) and now I can use it.

I may need to do some tweaking here and there on the whole story–shade the emotions a little more carefully, that sort of thing–but when I read it, I laughed at the funny parts, sighed at the tender parts, and just enjoyed the heck out of it. And I wrote it. So hopefully other people will enjoy it too.

So, I am not taking the plunge into self-publishing, but I am sticking my toe in it. I’m a real wuss when it comes to swimming at the beach or a lake. I’ve been spoiled by Texas–the water needs to be about 80F or so, and if the air is over 90F, all the better. I want it warm, baby, WARM. If not hot. Here’s hoping the self-publishing water is just right.

More as the adventure continues. 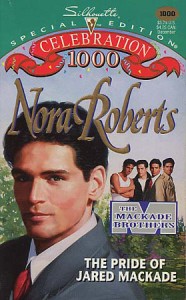 The Book: The Pride of Jared MacKade by Nora Roberts

I chose this book as my TBR challenge book, because yesterday, I realized (when SuperWendy tweeted about it) that today was the day to post my TBR challenge, and I hadn’t read anything in the past week or so that might constitute a TBR book. (I’ve been working really hard on my “reading all the RITA nominees, plus a few Hugo/Nebula nominees, plus some of the Edgar finalists” challenge thing.)

BUT there was this book. It’s been under the futon in my office a while–who knows how long? I’m pretty sure I bought it at my RWA chapter meeting. And I read it in the past few weeks. It’s not a marriage of convenience story (which is one of my favorite hooks), or pretend engagement or arranged marriage story, but I don’t care. It’s been hanging around the house, and I read it.

So. The Review: (Short, as usual) This is a pretty early Nora. The MacKade brothers live on/near what was once a Civil War battleground, so that history–stories about what happened back then, and maybe even ghosts–play a part in the stories. The hero is a divorced lawyer who’s come home to build his practice there. Heroine is a single mom who’s finally found a place to call home and raise her son. She’s prickly and determined not to depend on anyone. He’s got issues with pride (duh), though he does seem to work through them pretty quick. I liked the heroine’s characterization as a tough woman who’s willing to try again, and I liked the hero who takes being smacked upside the head (Not so much literally, but sorta) pretty well and is willing to admit that he’s being a dumba$$ once he gets it. And the more I’ve thought about it, the better I like it. And I liked it a lot. I gave it 4 stars at GoodReads.

And there you have it. I have some other things I want to say–both here and on my website. (Geez, I haven’t updated in Soooooo long.) But I will see if I can figure out how to schedule a post–Blogspot’s supposed to let you do that these days–and have it post tomorrow or Friday or something. Whenever I get it written. I shall leave this review more-or-less pure.

I was sitting here thinking, “Gee, no wonder I’m not posting much on my blog. I can’t ever think of anything to blog about.” And then I remembered that I had not ever blogged about the trip to San Antonio.

Oh, and hey–I did a workshop last night for “BAWL” (also known as the Bay Area Writer’s League–as in “Houston Bay Area”–except it isn’t Houston Bay, it’s Galveston Bay, but the Bay goes way up to Houston, and a long way from Galveston, which is where it starts, so it’s usually called the Houston Bay Area, because it’s the area of Houston around the Bay…). Anyway–

So I was hanging around on Twitter one day, and made the comment that “Oh, the PCA is meeting in San Antonio. I like San Antonio. It’s a cool city.” And up pops Sarah Franz, one of the academics behind Teach Me Tonight and the International Association for the Study of Popular Romance, who says “Want to come to PCA?” And I said–“Ooooh cool! I’ve always wanted to listen to smart people talk about romance like it was Important Litrachur.” So I did.

I went to the meeting, dear readers, and I even took the spouse. We got a room in a “boutique hotel,” or a B&B–however you want to define it–a couple of blocks from the conference hotel, and across the street from the River Walk, called the Riverwalk Vista. A seriously cool place to stay. It’s an old, converted warehouse. I will put up pictures when I get home to the computer that has the pictures on it.

We ate Mexican food. We went by the Alamo. (We’ve been inside many times before–my grandparents lived in San Antonio.) We hung out with smart romance people. I went to several of the panels where graduate students and professors and others presented papers. It was very cool. I enjoyed hearing people talk about the link between romance novels and poetry, or how romance is used in advertising (romance, as opposed to sex).

Occasionally, I had trouble following what a presenter was trying to say–more because some of the academic language was unfamiliar, and some of these people talked Really Fast, than because I really didn’t understand what they were saying. I didn’t know what the words meant. And sometimes, I didn’t know what the word WAS, because holy crap! some of those people talked fast. Yes, I realize I’m a Southerner, but not all of us talk slow. Still…

But it was FUN. It was totally cool listening to these guys talk about stuff. And I got to hang with my friend Theresa, and I got to meet Sarah face to face, and Eric Selinger and some of the other academics whose blogs and papers and things I’ve been reading online. I was just kinda blown away.

I also got to meet Sherry Thomas, and Louisa Edwards, and Skyler White, and Tracy Wolff–I did not know they were all from AUSTIN. Just up the road. (Or, well, as up the road as anything is in Texas…) I need to get them down here to talk to our RWA chapter.

And then, on Saturday, the fella and I strolled the River Walk, and rode on the boat tour, and had lunch next to the water, and then drove home again. It was lots of fun.

Then I came home and finally got all the revisions done on the ms and shipped it out. And I did the workshop for BAWL. It was on “Worldbuilding 101.” I talked a little bit about building the worlds for a contemporary or a historical, but mostly I talked about how to do it for spec fic. (It gets tiring, saying fantasy/science fiction/paranormal/steampunk….) I think it went pretty well. I enjoyed it, anyway.

I probably ought to get my brain into the writing of a new book sometime soon. Maybe I’ll clean my office first…