I’ve just about decided that small towns in Texas must be different from small towns in other areas. But then, they’re pretty similar to the small towns I’ve visited across the west, in New Mexico, Colorado, Idaho, Wyoming, Oklahoma, etc. When we made a trip across New England a couple of years ago, however, those small towns were definitely different from the ones I’ve known. They were a lot richer, and yes, I’m talking money. I couldn’t say why this was so, just take my word for it–it definitely seemed this way 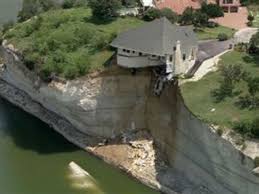 I have lived in small Texas towns for the past thirty-plus (30+) years. I married the fella before he finished his Master’s degree and we moved to the town of Hillsboro, Texas, shortly after our first anniversary. At that time, Hillsboro still had a population of less than 10,000. All of Hill County had a population of right around 30,000. We lived there about three years and moved to Whitney on the west side of the county when our daughter was a year old. The actual town of Whitney is less than half the size of Hillsboro, but since the Whitney dam was built on the Brazos River back in the 1960s to control flooding downstream in Waco, people have moved into homes all along the lake, (Remember that house on the cliff that fell into the lake? That was on Lake Whitney), so the Whitney area population is much larger than just the town. The Whitney school district is close to the same size as Hillsboro, and in fact, the two schools are big football rivals. We lived in Whitney until our daughter got married, when she was 20. 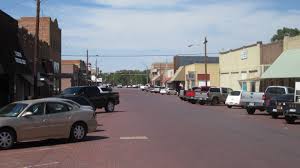 And when we left Whitney, we moved to Clarendon, up in the Texas Panhandle. Clarendon was less than half the size of Whitney–population just under 2,000 when the junior college was not in session and just over, when it was. But Donley County is not on an Interstate highway, nor is it in the heavily trafficked “Golden Triangle” (Dallas/Fort Worth-Austin/San Antonio-Houston). It is on the main four-lane divided highway from Fort Worth to Amarillo and the mountains beyond (honestly, US 287 is the main drag for DFW residents to go snow skiing), which is why it’s surviving as well as it is. Plus it has that junior college and a little lake a few miles north of town. (Remember, all lakes in Texas are man-made. In this case, they dammed up the Salt Fork of the Red River.) We left the Panhandle for the Gulf Coast–still in Texas–about 7-1/2 years ago to live in a town of just under 50,000 (since Hurricane Ike), which in many places might be called a small town. After the places I’ve lived, I was thrilled to move to a town that had a Wal-Mart AND a Target. And even a Home Depot!

I am telling you all this so that you know that I know what I’m talking about when I talk small towns in Texas. I’ve lived there. I think I’ve driven through half of them. Well, maybe not half, but a bunch! How many of you can say they’ve driven through Idalou, Floydada (pronounced Floy-DAY-da), and Old Dimebox? How many of you know where they all are? Then there’s Matador, where my parents were married, and Cut-and-Shoot, which I’ve never been to, but I love the name, and Clemville, where my mama lived as a little girl during the Great Depression. I’m not sure Clemville is even a town, these days.

Anyway. Most small towns in Texas don’t have a lot of money. The people tend to be school teachers or small business owners or farmers and ranchers. Those folks usually have enough money to get by, live in a pretty nice house, etc., but generally, they aren’t going to be rich. And a lot of the people in a small town are going to be poor. Really poor. The rural poor tend to be both poorer and richer than the urban poor. Social services are much, much less available. There is 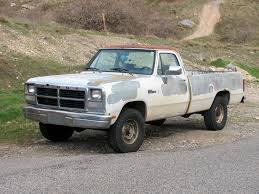 zero public transportation. But, they can plant gardens to help feed themselves. Then again, tools and seed cost money and a lot of them don’t have enough to buy a rake or a shovel. Transportation is the important thing.

Also, in these small towns, the nice brick houses and the houses built of cinder blocks and plywood might be only a few vacant lots apart. The poor kids and the rich kids go to the same school, because there is only one school. One elementary, one junior high, one high school. There can be an “across the railroad tracks” or “living on the wrong side of the tracks” mentality, but often, if they’re good kids who participate at school, it’s not a given.

Whitney and Hillsboro both are about 30 miles from Waco (which is about 200,000 in population. It is as big as Buffalo, NY, or Pittsburgh, PA. Yes. It is.) and Clarendon is about 60 miles from Amarillo (which also has about 200,000 population. Yes, Amarillo, TX, is as big as Pittsburgh, PA.). Of those three towns, only Hillsboro was considered big enough for its own Wal-Mart. I think it got a Super Wal-Mart because it’s on I-35 where I-35E to Dallas and I-35W to Fort Worth split, or come together again, depending on whether you’re going north or south. To some extent, the number of stores and restaurants in a small town and the health of those businesses depends on its distance from a larger city. If it’s just as easy to run in to Waco as to drive over to Hillsboro, guess where the people are going to go? Because Waco has more stores.Highways also contribute. Hillsboro only got a McDonald’s because it’s on that Interstate. Clarendon has a Dairy Queen. But when DQ was closing stores across Texas, Clarendon and Quanah got to keep theirs and other towns didn’t. Because both towns are on US 287.

Generally, the stores that are going to thrive in a small town are going to be more general, and in most small Texas towns, at least half the store fronts will probably empty. Some towns–Calvert, on Texas Highway 6 between College Station and Waco, for instance–have almost all of their stores totally shut down. But in most towns, you’re going to have a pharmacy. Maybe two. If the town is big enough, the pharmacy will have more than just the drug dispensary at the back. If it’s not, the pharmacy might be tucked into the back of a gas station. There will probably be a video/DVD rental place, maybe stuck onto another business, for the people who can’t do Netflix or buy their own DVDs.

There will probably be a homegoods type store. In Clarendon, it had housewares on one side of a divider wall and auto parts, tires, and hardware on the other. The housewares included china, crystal, and a wedding registry. There will likely be a clothing store. Again, the store might be part of a store that sells something else, or it might be standalone, but it will probably sell everything from Dickie’s work coveralls to baby clothes to nice ladies’ dresses. There will be a “dollar store” of some kind, and a ranch and feed store. But unless your small town is a big tourist town–and I’m talking hordes of people–a small specialty boutique is not going to survive. The more kinds of things a store can sell, the more 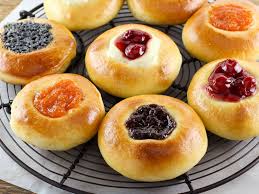 likely it will stay in business. A bakery might be hard put to do it, unless it’s on a highway and has a gas station attached. (There are a lot of those, and they make some mighty good kolaches.)

(Okay, a break for an “only in Texas” moment. My son and I were driving along Broadway in Galveston not long after we moved–before the hurricane–and we passed a store with a sign that read “Donuts. Burritos. Kolaches.” He burst out laughing, because is there anywhere else in the U.S. besides Texas where those three things go in the same shop? Oh, and the owners of Broadway Donuts were actually Greek and made the best baclava to go with the burritos and kolaches…)

I have not been to a small town that had a surviving YMCA. A lot of them have old buildings that used to be a Y, but not any that are currently under operation. In Clarendon, the old YMCA building has been turned into City Hall. Very few have a movie theater, and those that do have one, it’s generally a drive-in. Remember, warm weather lasts from March through October, at least, in most of Texas, and even on Midsummer’s Day, the sun goes down before 10 p.m. There are a lot of still operating drive-in theaters in rural Texas. 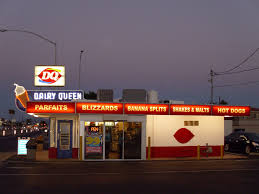 As far as restaurants and bars go, there will probably be a few. Might be a mom-and-pop home-cooking-type diner. There will probably be a Dairy Queen, or its ilk. There might be a taqueria or some kind of Mexican food place. (Tex Mex is a legitimate cuisine and don’t let anybody tell you it’s not “real Mexican food.” It’s border cooking.) If the food is good, though, people will come to eat it, whatever kind of place it is. Hillsboro had a Chinese restaurant, Kim Son, in a converted laundromat. Don’t know if it’s still there, but it did a big business. Hillsboro supports quite a few restaurants–but it’s on an Interstate. Whitney had surprisingly few places to eat in town, and even around the lake, when we lived there. It had a Dairy Queen and another burger place, and that was pretty much it. There was a Mexican restaurant for a while that was fair… I’m sure there are more places to eat now. Clarendon, small as it is, supports at least three restaurants, sometimes four.

The bar in a Texas small town, if there is one, will probably be on the outskirts of town, or farther. (See my post on Texas Liquor Laws.) You might have to go to the next county to find your honky-tonk.

A lot of the restaurants that have closed in the towns where I lived did not necessarily close because they couldn’t make money. A lot of times it was for personal reasons. One closed because the owner couldn’t keep his hands off the high school girls he had working for him and the girls’ parents made a stink. He sold it to somebody else who opened it again and it did well. One closed because the owner just didn’t want to work that hard. One–a great Italian place in an old DQ building–closed because the owner had a big blowup with his boyfriend or girlfriend (I don’t remember which) and went back to Italy. One guy bought the steakhouse in town and closed down his Mexican place because he didn’t want to keep both places open. But you could still get the Mexican dishes at the new place, even if they weren’t on the menu. You just had to know to ask Mr. Hernandez to fix them for you.

I’m going to put schools in a different post–this one’s long enough as it is. I’ll probably think of something else when I read about it in a book, but for now, these are the main things I have thought needed explication. Any questions, just ask.

This entry was posted in Texas for Writers, Uncategorized. Bookmark the permalink.