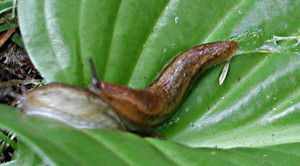 I have the midsummer blahs. Even though it’s not midsummer, whether one calculates by the sun (which makes midsummer June 21 or so), or by dividing in half the number of days off between the end of school and the beginning of school in the fall. Either way, we’re closer to the end than to the beginning of summer. I don’t know whether that makes me nostalgic, desperate or just tired. Maybe all three.

Anyway, we’ve gone up to Dallas for a birthday party, we’re home again, and I’m having a whole lot of trouble getting motivated to Do Anything. Alas.

It’s not just the writing that’s been left gasping by the wayside. Pretty much everything else is too. Exercise, cooking, shopping for groceries–I just want to be a slug and read, or maybe sleep. Sigh. Gradually, I am forcing myself to get things done. I went to the grocery store yesterday. I’ve folded most all the laundry (except for what is still in the dryer, and the fella doesn’t really need his underwear that bad–he has more). I do go outside and comb the granddog. (She has short pit-bull fur, but likes to be combed, cause it scratches her itches.) But she will let me sit on the glider and read while I comb/scratch her. (When I scratch her, my fingers come away with dirt on them, she gets so dirty. And yes, she gets baths. And immediately goes to dig/roll in the dirt and replace her dirt.)

Anyway, yes, I am a tired slug who is doing as little as possible and feeling terribly guilty for it, but not enough to stop being a slug. I’m wallowing in my slugness. It IS easy being a slug, and I like it. So there. I may have to take a “writers weekend” to finish this dang book. I could definitely stand to escape to Valley Mills or some other similar place for a few days. Even though I just did… Ah well. Hopefully I’ll be able to scrape the slug coat off soon.

Keeping on with the keeping on

Those of you who check in periodically with my blog may have noticed how I’ve really been fighting to get the current Work in Progress finished.

This is different from the fight with the previous book. That fight began because I was trying to put two books’ worth of plot into one, and because I had 50 bazillion relatives (okay, only 25) show up in town the month I was trying to get the book finished. I think I may have mentioned on this blog that I wondered whether it was more of a psychological struggle than an actual “work time” struggle. That I’ve had this book living in the background of my life for so long (years) that I’m ambivalent about actually finishing it and sending it out into the cold cruel world. That doesn’t mean it’s any less frustrating.

Anyway, over the weekend, I went to a workshop/writer’s retreat event. I had planned to go with my best buddy Belinda, but she had to stay home and take care of grandbabies while their mama was in the hospital. I thought about canceling when she couldn’t come, but decided no, I really needed to go, even though the grandboys were in town all week, and I went to Slitherbahn on Thursday and wore myself out and had to get up really early on Friday to get all the way across Houston to the event… Yes, that is a long-ass sentence. Deal. End result is, I went, and I was glad.

It was structured with workshops in the morning, and writing time in the afternoon, and yes, I did have to lie down on the sofa where I was writing and take a little naplet so I didn’t fall asleep over the writing. Afternoons are not my best writing time. But I wrote. And I listened. And I took an appointment with the creativity coach person, Kathryn Lorenzen. Her reaction was that–yes, you may be resisting the end of this book. Because I’m dealing with an awful lot of transitions and things right now, including my youngest graduating from college. It may be easier to send him out into the world if I hang onto the book I’ve been “raising.” Basically, I need to be nicer to myself, while still showing up to work as close to every weekday as I can.

And, even though I had my naplet every afternoon I was there, I got about 3 pages written every day I was there. Maybe a little more. I pushed through a lot of the “buildup” stuff, and started getting excited about reaching the ending. And in my writing this week, I think I’m there. My hero has had his plane shot down. He’s been captured. The heroine is sailing her little sailboat closer. She’s had a fight with her dead husband. Things are happening, and I’m hoping I can get this all wrapped up, 100-plus words at a time, before the daughter, son-in-law and grandson come to visit in August.

So I spent the last half of last week in the hill country southwest of San Antonio. We went on a wine tour Thursday. I’ve never been on a wine tour before. I’ve never tasted so many wines (3 wineries and 16 wines) and found so many I actually liked. (I’m not much of a wine drinker, and I tend to have plebeian taste…)

We went to Becker Vineyards, Torre di Pietra Vineyard, and Rancho Ponte Vineyard. If they were having a contest and whoever bought the most bottles of wine was the winner–we were definitely in contention. The fella has aspirations of being a wine connoisseur. (How in heck do you spell that word?) But mostly, we bought stuff we like. Fleur Sauvage (which just means Wildflower, even if it sounds like Savage Flower, which I like much better…) from Becker, and 5 others, including a port; Red Flirt from TdP, and Sorreline from RP. I don’t think we’ve broken any open since we got home.

I’ve read all these Regency historical romances–and other Regency era books and histories–for years, where all the gentlemen linger around the dinner table after the ladies withdraw and drink port, but I never knew what it tasted like. That stuff is dang good! No wonder they sat around and drank it.

We also went out to a dude ranch-type place for barbecue and hangin’ out. They had a big tournament of Washers–where you try to throw washers into cans in the ground. BIG washers. My teammate and I lost first round, with a big fat goose-egg. I am not athletically inclined, even when it comes to tossing washers into cans. But then, I knew that.

In other news, the Dallas grandboys are visiting this week, going to sea camp. It’s really hectic in the mornings getting them up and dressed and ready to go, AND getting myself ready to go, because I go in to the dayjob while they’re at camp. Yesterday, while driving from Pelican Island, where sea camp is, to the paper, first I had to wait for the drawbridge, while a barge passed through, and then got stuck behind the biggest oversized load I’ve ever seen. I’ve seen really long ones, when they transport those huge power windmill blades. A single blade is as wide as a truck trailer (plus a little) and almost as long as two trailers. But this thing was two trailers side-by-side. Took up the whole road, loaded with a big tank of some kind (painted baby blue), and drove 20 mph. all the way down Harborside to the freeway. I have no idea how they got it ON the freeway. They let us pass before they tried turning.

And yesterday, I got in the water at the beach for the 1st time this year. Mid-July…not too bad. It was lots of fun, and I was exhausted when I got home. No oil where we were, though there has been a little on the beach down from our house. All cleaned up for now. Hope it stays that way. 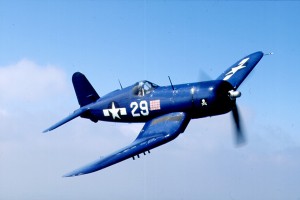 When I analyze book and movie plots, I can get very clean and structured. This is the crisis, that over there is the climax, and this other thing, it’s the resolution.

Each black moment, with its attendant climax, resolution and denouement, suits its own story. All together, these things create the conclusion of the story. The ending. Each thing has its own part to play. I have written endings that were 3 pages long, and I have written endings that were several chapters. Because I write adventure stories–romance or not–I tend to write big “grand finale” type endings. (I have a picture of an airplane on this post, because there are airplanes like that one in the current story.) There’s usually a big final confrontation with the bad guy that coincides with the black moment and all the rest. I often stick in my characters’ “dark night of the soul” and their “moment of realization” into the middle of this big battle/what-have-you. (Sometimes it’s a battle, sometimes it’s sneaking around, sometimes it’s hand-to-hand combat or a rescue.)

I am in the midst of the “grand finale” of the current book. I’m not sure I’ve quite reached the blackest of the black moments yet–just the kickoff one. Things will get blacker yet. This particular story is a big, sprawling adventure and needs a big sprawling ending. I really don’t want to rush it, and yet, I can’t drag things out either. But, it’s partly why I need this 100 words a day to get through it. There’s a lot to it. Lots of action. Lots of emotion. Lots of character turmoil.

So, there you have it. Adventure stories need adventurous endings. Romantic stories need romantic endings (you can have the romance in the adventure–or at least the “thinking about romance”). Emotional stories need emotional endings. Quiet stories need quiet endings. If they’re quiet and romantic, then both those things need to be there. In this book, I have to have adventure, and romance, and emotion, and…

Huh. Didn’t realize I was doing all that. I’d rather not think about it. It will scare me into not writing again.