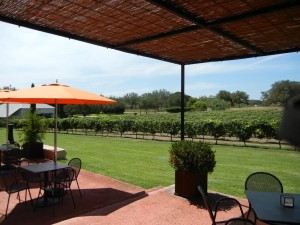 So. It’s Wednesday, and I was going to post a blog on a writing topic. I have a draft saved in my draft folder titled “POV, etc.” Problem is, I don’t remember what I was going to say about POV, and I didn’t leave myself any hints in the draft file.

When I was out walking this morning, I was thinking about POV and what I might have wanted to say about it. Like: “POV is a very useful thing.” And: “Here’s a slick way to change from one POV to another without the reader noticing–I figured it out on my own, but I learned later that it’s the same method Suzanne Brockmann uses.”

And I will share that with you eventually, but not today. Because that got me to thinking about all the articles and workshops and books and software that are all intended to teach people how to write. There’s a buttload of it out there. And most of it is good stuff. There are little tricks and techniques that can be learned. I’ve learned a lot of them, but when you’re in the flow–when the story is really coming and you’re getting it down easily and your characters are talking to you and doing their own thing–a lot of times those techniques fall by the way, unless you’ve internalized them. Unless they just come automatically while you’re “blowing and going.” And that usually doesn’t happen until you’ve had a lot of practice in writing stuff.

The thing is–there’s a million ways to write. Some people plan everything out ahead, some plan nothing, some fall in between the two extremes. Some write a single draft (or nearly) and others write multiple drafts, adding in layers every time. And they’re all right. And it’s hard for the people who write one way to explain how they write to someone who writes another way.

I have a dear friend who is also a writer, who is often telling me “You have such great characters. How do you come up with characters like that?” And I have no idea how to explain it to her. Because I don’t actually “come up” with them. I get to know them, like I get to know people in real life.

I use the Enneagram with my characters, because it’s such an in-depth system. But I don’t select the type and then construct my character to fit. I get to know the character, and then decide what type best fits them. Many times, I’ve thought a particular character was one type, and discovered later they weren’t any such thing. I can’t push a character into a mold I’d like them to fit. They just won’t go. But when I tried to explain this to my friend, she couldn’t quite get it. This is because–in the Meyers-Briggs system–she is a sensor (senser?) and I am an intuitive. (We’re opposites, except that we’re both introverts.) I do a fair number of things without quite knowing how I do them.

So, I guess what I’m saying here is that you never know what kind of writing advice / technique / knowledge will or will not work for you. Just because someone is a fabulous writer who’s sold a bazillion books and made bestseller lists, it doesn’t mean that they can tell you how to write. Nor does it mean they can’t.

Stephen King’s writing book is holy writ for some people. Didn’t do a thing for me. I don’t write that way, and I absolutely do not buy it when Stevio says that people who write differently are somehow hacks or lesser beings. (And if that’s not how you interpreted what he said, fine.) What works for you is what works for you.

And how are you going to know what works for you if you don’t try it?

Maybe King’s method does work for you. Give it a whirl. Try it all. Just remember that trying it means WRITING. You can’t know what works if you’re not writing, and writing and writing.

I know that I hate multiple drafts. I’d rather write it all in one big swoopy slog. Once. Other people can’t do it that way, but I hate doing it their way, and the One Time works for me.

I also know that it’s not technically one draft, because I write my first draft in longhand. So my second draft is when I type it in. I don’t make a whole lot of changes when I type it in–mostly I cut out chit-chat and make a lot of notes for later of things I need to add or cut out or clean up, and then when I print it all out, I make those cuts and corrections. I like hard copy because then I can look at multiple pages all at one time, without going blind. (Every time you add a page to your screen, the type gets littler–and I’m kinda blind to start with.)

I know that I have to have a minimal outline–a one-page Hero’s Journey or Beat Sheet with the main plot points on it. But it makes me crazy to go into more detail than that. Which makes me fall somewhere in the middle on the plotter-pantser scale.

I know that notecards and storyboards usually don’t work very well for me. I’m apparently not that visual. (I don’t do those really cool collage boards either, though I’d like to.)

I’m a linear writer–I start at the beginning and work my way through, so having notecards with story scenes that I’m moving around makes no sense to me. The scene happens in that spot because of what’s come before, and it can’t happen anywhere else. I can’t even outline out of order.

This is how I work (and I’m not even talking about characters, here, which is a whole other thing)–and if that helps you in any way–if it allows you to say–“Oh, I get that!” or “So it’s okay that I don’t get storyboards?”–then I have accomplished my purpose. Which has been to say–look at all the writing helps out there, AS LONG AS YOU KEEP WRITING. That’s the main thing. Keep Writing!!!

I’m late for getting downtown to sing with the band, so I’d better run.

Oh–the picture is from Stone House Vineyard in central Texas. I think the address is Marble Falls, but it might be Spicewood. Not sure. Anyway–I was there on a royally hot day, so I thought I’d share the picture with you.