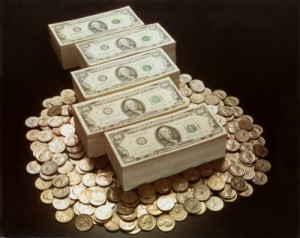 Emergency and banks don’t really seem like things that go in the same sentence–unless your accounts have been pillaged. Or unless your parents both have Alzheimer’s. My mom’s is progressing relatively slowly, but Daddy’s seems to be going downhill more quickly these days.

One evening last week, Mama was paying a bill when she realized she didn’t know what the bill was for. Or rather, it was for a line-of-credit loan she didn’t know had been taken out. Because Daddy was asleep, she took it next door to my sister, who called me, and we got online to see what was going on. And nobody knew, except that nearly $10 grand had been used from their line of credit, and who knew what the money was used for. When I called the parents to tell them I was coming down the next day, I asked Daddy if he knew anything about it, and he thought somebody must have got into his banking and messed with it. Mama had a morning doctor appointment, so I got up in the way-too-early hours of the morning and made the trek through Houston and beyond to their little town, only to learn that Mama had gone to the emergency room with chest pains only that Monday, and yet again had failed to tell the sister–who lives Next Door–and yet again had allowed Daddy to drive her there, when he’s not supposed to be driving at all. (This is now the perennial fight when I go visit. He has to bring it up at least once while I’m there.) Sigh.

So. Baby Sister got a substitute for her high school English classes and we all trekked to the county seat, where the bank is, and we discovered that the money had just been transferred into their savings account. Of course, this was still a problem, since the loan was at 10% interest, and savings is at–what? 0.25%? Terrible interest. So we paid back the loan–at a cost of $150 or so–got Baby Sister and me added to the accounts, and changed the password on the online banking to keep it from happening again.

That day, Daddy accepted that he had probably done it. Next morning? He had decided that I had gone into his bank accounts and messed them up, because he certainly hadn’t done it. We’d convinced him to take the bills next door to Baby Sis so she could make sure everything got paid, but the next day, he was all gritchy again, because he’d paid the bills all his life and didn’t see why he couldn’t keep on doing it. So I just took care of it without telling him.

By the time I headed home, he’d accepted again that he’d done it himself, and had decided that he would be in the “nuthouse” before I came back, because when I said I’d see him when I came back again, he said “Probably not.”

It’s time to get a guardianship set up, though. We need to protect them from themselves, but that’s going to take a little while. Pray for us. We need all we can get.

One Response to Banking Emergency