I do not take pictures

Well, sometimes I take them. But then I don’t get around to putting them up for anyone else to see. However, this time, I have not taken any pictures.

I can’t find my camera. And while I finally have a phone that will take pictures–I traded up when the fella got a new one–I’ve forgotten where the camera button is. And I think I have to plug the phone into the computer to upload the pictures, because I don’t have a data plan. (Too cheap.) Otherwise, you see, I would have taken a picture of the new car–a smaller SUV than the Silver Beast–and posted it for you. But I can’t find my camera, and I forgot how to turn on the phone camera. (I’ve only had it a week or so! Come on… Gimme a break…)

But it’s a lovely vehicle, and we’re still negotiating who will be the primary driver. I have been the primary SUV driver over the past 20 years, starting with a big conversion van we got when the kids were 10, 8 and 2–we could put them in it, and they could almost not touch each other. Then I had a Suburban, then the Beast. The fella has mostly been driving sedans. I am ambivalent. I would like to drive the new vehicle, because it’s new. Then again, I’d like to drive the Avalon, because it’s a car and I’ve been driving a truck ForEVER. Though I do like to drive trucks–and I can park them. Mostly. (Okay, I still kinda suck at parallel parking.) And yeah, we just picked it up yesterday afternoon. 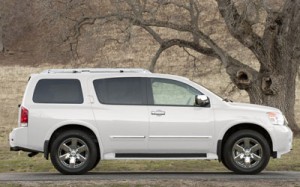 It’s white, and loaded with all kinds of bells and whistles, and we got a good deal on it. (That is a picture of A car like we got. They have lots of pics online… This is not Our car. We do  not have any trees that look like that. They cut them all down after the hurricane, ’cause they were dead. Though the grass–looks green & brown in patches, mostly.)

We didn’t trade the Beast, but once the grandkids go home after Pirate Week, we’ll sell it. What? You think we’re taking them to the beach and water park in the new car??? (Okay, we’ll WALK to the beach, but I think fishing is in the plans somewhere… Fish gear in the new car? Ewww.)

I did get some writing done yesterday. Got my words and a bit more while the fella went down to church to help with something. So we’re at Day 8. Go me!! It feels slow, though. I’m trying to write a novella! However, I am a “taker-outer.” I write too much, then cut stuff.

Um–and tomorrow, I will try to remember to write a post about what I’m going to be doing now that I’ve quit my dayjob. I’m going to get organized here on this blog. Seriously! I am. Really!!!

Well, as much as a Virgo who is also an Enneagram 9 (fatal flaw: laziness) and an INFP hybrid pantser/plotter taker-outer can get…

3 Responses to I do not take pictures