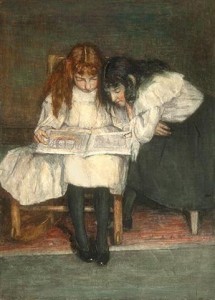 Ian would get me if I capitalized anything but the first word in that title. He’s the (English) editor I work with at my mini-p.t. dayjob at the newspaper, and I spend a great deal of time knocking down capitalization before I send stuff to him. So I will try not to overcapitalize out in the world of blogging as well. (By English, I mean that he is from England. Not that he edits English, which he does but…oh, never mind.)

My last blog was about writing stuff, and I’d like to have readers read this blog too, and since I am also a reader (Big Time), I thought I would write about something related to reading. Then I thought I might write about the books I read recently. Except…

While I liked those books, a lot, and read them both on the same day (stayed up too late to finish the second one), I did have some quibbles about them. (I’ve read one of them a second time already.) And I’ve found that when I talk about quibbles, they seem to overpower the fact that I really did enjoy the books, and my discussion winds up saying that I didn’t. But I did. So, this time, since I want to talk about the quibbles, I’m not going to name the books. You might be able to figure out what they are, but I’m not going to mention the titles. Because, really. I liked the books. I enjoyed reading them.

So, here are my quibbles. The book I read first is book 7 or 8 (I haven’t counted) in an ongoing fantasy series. It is one of my favorite series, I own all the books, and have them in hardback. As said, I liked this book–but it’s not one of the better ones in the series.

A lot of writers talk about how–now that they are writers, it’s hard for them to read a book as a reader. I don’t generally have that problem, and I think it’s at least partly because I read so fast. (See above, read both these books in one day.) My process, I read the book, then I have to think about it, and decide why it pushed whichever buttons it pushed. Why it grabbed me by the throat, or felt more like an intellectual exercise (though I can usually figure that one out while it’s happening). So after I finished this book, I thought about why it seemed to be a “second tier” book (as compared to the top-tier books in the series).

I think it’s because the whole book felt like a transition. You know those scenes in books that are put in to indicate what’s happening while time passes? There were a pazillion characters in the book, but most of them didn’t really seem to have a purpose, not one that linked to this book. They kinda had a purpose to the whole overall series, but it wasn’t clear why they were in this one. There was an overarching plot–a mystery that had to be solved. But the mystery didn’t seem to link to the story arc of the series. It was just a mystery stuck in to give the book a sort of plot.

Now we may learn later that the mystery does link to the series story, but right now, it’s pretty much a subplot to the series–except that subplots are supposed to drive and link to the main plot. (See, the writer in me comes out when I think about the stories, after I’ve read them.) I kept waiting for the link, and it never came. And the things that did link to the series plot didn’t resolve, which was annoying. Like I said–the whole book felt like “Okay, meanwhile, back at the ranch, these people are doing this, these people are doing that, and remember this guy? Well he’s still around, and he’s doing this other thing. And we’re all waiting for the other shoe to fall.” And that’s what a transition is.

The other book I read is part of a universe, but it’s not part of a series. It begins a mini-series within the universe, I think, (it’s a science fiction novel–I will give you that much), but it’s not like “book 8 about these people with this plot.” It’s not quite a stand-alone, but it’s not really a book inside a series. My quibble about this book didn’t have anything to do with the plot or threads left dangling or story not connecting. It had to do with the conflict.

Writer/story people know immediately what I mean when I say conflict. Reader-type people may not. Conflict is the stuff that creates the actual story. A story is about characters–people–who have trouble and problems, and the story, the plotline, is what they do about those problems.

You can have quiet conflicts–like spouses struggling with their marriage–or you can have big, noisy conflicts–like bad guys trying to do you in. Even those noisy conflicts can be various levels of violence/noisiness. The bad guys might just try to drug you into compliance, or they might want to blow you up. Still, I think that storytellers need to push that conflict–that trouble, whatever kind it is–just as hard as they can push it. And this story didn’t. The conflict felt softened. Eased up on.

Even before I was published, I was telling my friends in my writers’ critique group to grab hold of the readers’ emotions and twist as hard as they could. (I even made wringing gestures with my hands.) I like conflict that goes all the way out there, that hurts and scares and makes me angry.

In this book, several times the author walked right up to the edge of the conflict, the really Bad trouble–and “headed it off at the pass.” It was kind of “Oh look, this awful thing might have happened to you–but these people rescued you and so it won’t happen now.” I wondered if they might have done it because the main character in this book is a child (a teen), and maybe they did–but they’ve pushed the conflict closer to the edge with other young characters. And the book is not marketed as a YA, and YA books have Really Awful things happen to their characters.

In one of my very favorite books, The Queen of Attolia, the author, Megan Whalen Turner, lets the main character get his Hand Cut OFF!! (The story opens that way, so it’s not a spoiler.) And it is Marketed as a YA book. (Apparently a new book in this universe will be out soon. Can’t wait!)

So, I don’t know why the author eased up on the conflict. I still liked the book, but I didn’t like that easing off, that softening up. I want to see the protagonists really have to fight to achieve their goals, and when the author lets them off easy like that, I miss the emotional impact that struggle will give.

And what have I learned from reading these books? 1. If I ever do write a series with continuing characters and an overarching series story line, I will make sure the individual book plots support that overarching series plot. 2. Also, I will not have so freakin’ many characters. I have written books with as many as nine (9!) POV characters. Nine is not too many, but it’s pretty much my upper limit. (Yes, this story had More than that.) 3. I will not soften, or hold back the conflict. I will not “be nice” to my characters. I will put their hearts in the wringer and twist until they weep, or scream, or whatever is in their character to do. And only then will I let up and let them win. (Hmm. Did I do that in the last book? Will have to go back & make sure.)

So there. Have you learned anything from a book lately? What was it? (It doesn’t have to be about writing. It can be anything. Like–I learned from Steve Harvey’s Act Like a Lady, Think Like a Man that women have power and they give up way too much of it. But that’s a blog post for another day.)